Decal is a film distribution company that handles the home entertainment releases for Neon (I, Tonya, Parasite), Bleecker Street (The Assistant, Captain Fantastic), and XYZ Films (The Raid, The Platform). If you have seen the memorable artwork for Pig starring Nicolas Cage or Together Together starring Patti Harrison and Ed Helms while scrolling through countless streaming options, you have encountered a Decal-distributed release. We hope you’ve seen many of their films. They are daring, fresh, and a click away for most film-watchers from the comfort of their home.

Having more films available to us to stream at home than ever before makes it more difficult—not easier— to make a selection. This is the paradox of choice on full display each time we pick up the remote to select a film on various streaming platforms and libraries. Being inundated with choices makes it that much more important to pair media titles with digital assets that capture the scroller’s attention but also express the tone, style, and genre of a film accurately in the split second a film distributor has to create first impressions that lead to someone pressing play or purchase.

Decal approached our team to assist with the production of digital assets for streaming platforms along with packaging for Blu-ray and DVD for the various titles they release for Bleecker Street and XYZ Films. Partnering with Decal gave us the opportunity to showcase our graphic design expertise and our ability as a studio to deliver rounds of edits and final designs quickly and efficiently. 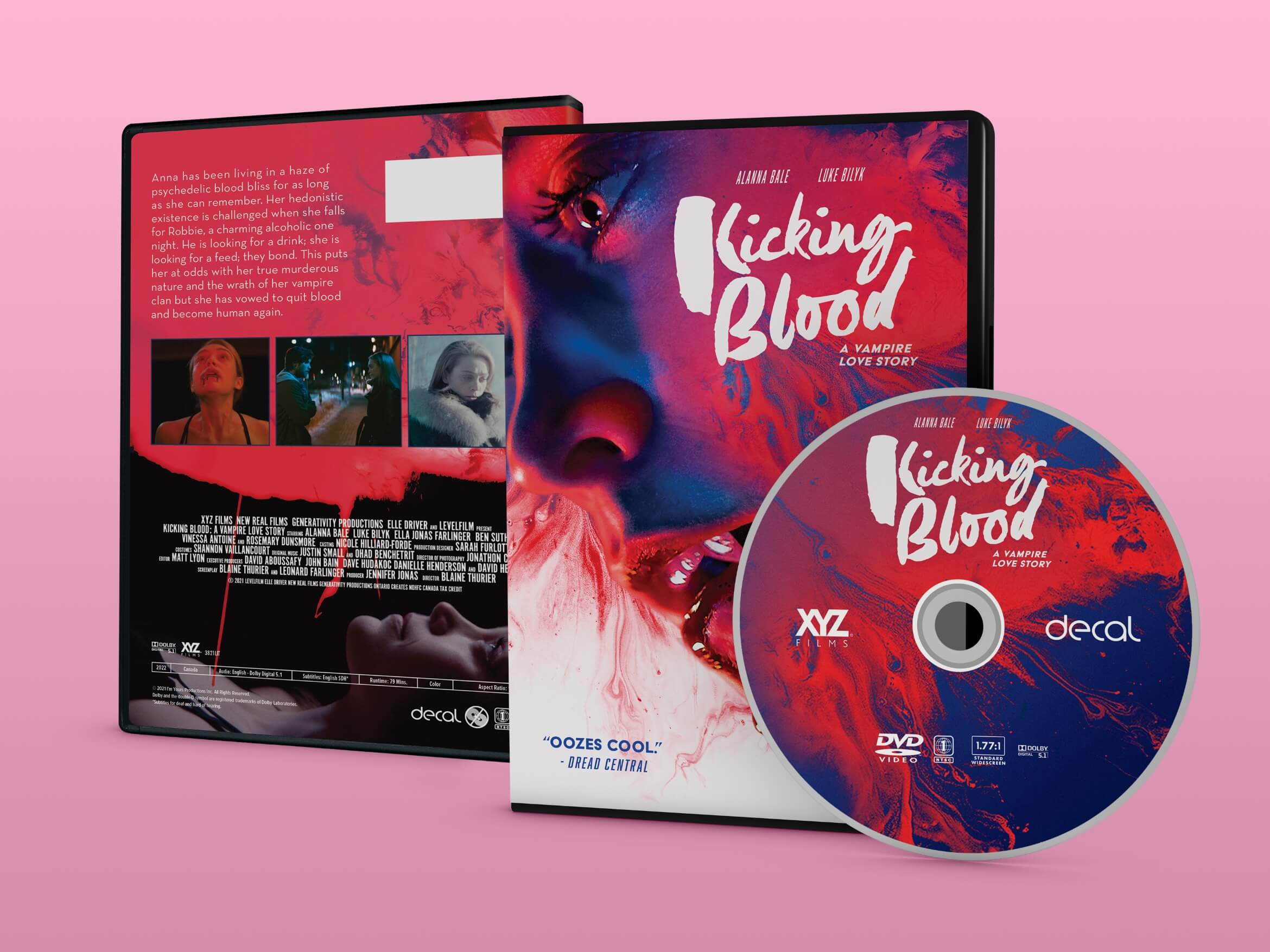 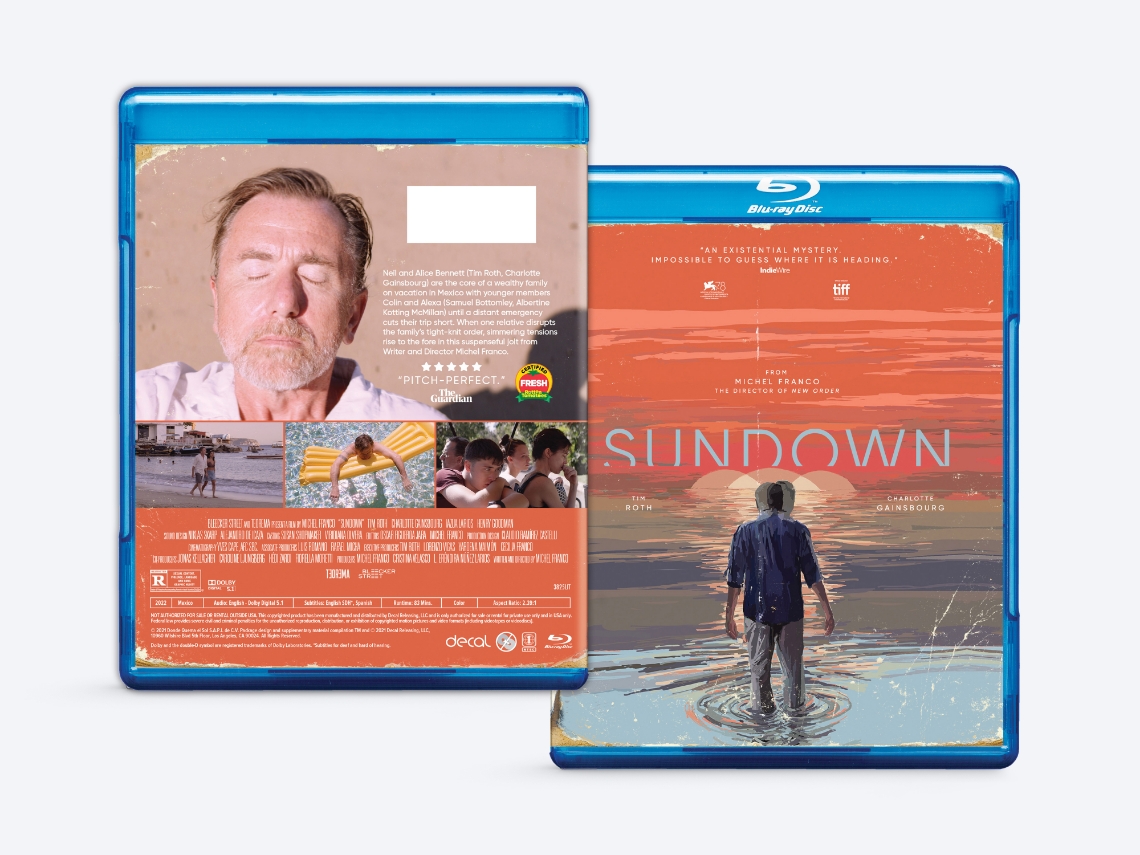 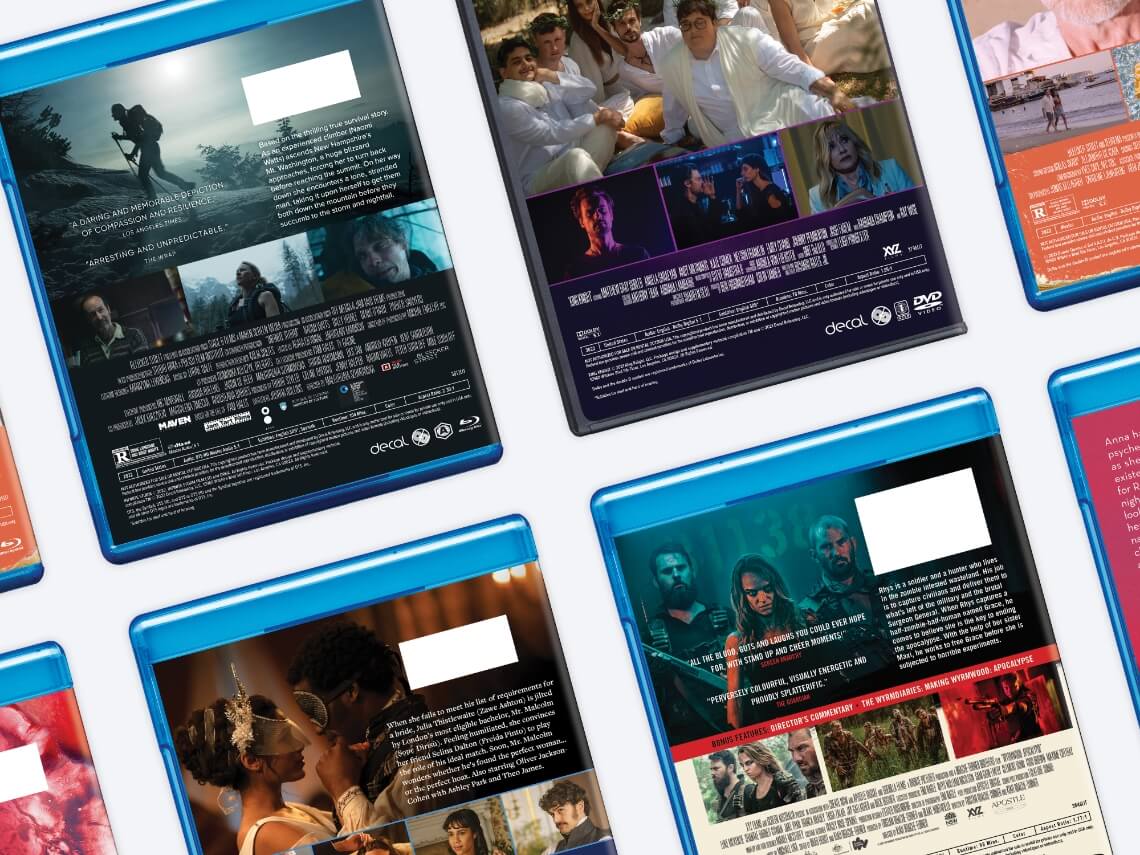 Just because streaming has taken over doesn’t mean that people aren’t still buying Blu-ray and DVDs. Many still reach for a physical disc on movie night. Some want to ensure a higher-quality viewing experience. Some want access to bonus features. And some want to guarantee they always have access to the movies they want to watch when they want to watch them. Either way, while Blu-Ray and DVDs aren’t as profitable as they once were, there is still an engaged audience of cinephiles, collectors, and custodians of a bygone era hoping to pick up the next title in physical form.

For each release, our packaging design process begins with modifications of the key art to translate the artwork to the sleeve and disc art. We also find clear and compelling ways to incorporate production details, lists of additional features, and other promotional information like laurels and pull quotes. We approach Blu-ray and DVD design with a respect for physical mediums as wonderful artifacts in an increasingly digital world. We think that unwrapping your Decal-distributed disc should feel like an event, just like when you hit play on the evening’s viewing selection.

Some people will take a flyer on a movie they’ve never heard on the merits of an actor, artwork, or studio alone. But for many people, if they are going to devote an evening to a film, they are more likely to commit if they recognize the name, title, or image from a positive social media or word-of-mouth campaign.

We developed marketing assets for Decal’s social media platforms to showcase film reviews, announce release dates, and generate buzz about their films. Social media is a powerful place for Decal and other distributors to reach a wide audience and make initial impressions people can recall when selecting a film to stream, rent, or buy. Social media assets also help Decal continue to engage with its audience on upcoming releases and equip its promotional partners to spread the word about a film.

Think about the long line of film and television artwork you sift through when you pick a film to rent or buy on a streaming platform. Those small boxes can attract a viewer to discover something brand new or remind them of a film they’ve heard about and were meaning to watch. Attractive streaming assets like banners and film artwork play an important role in growing the audience for a film.

We developed streaming assets for Decal by adapting existing key art and making sure all requirements are met for the various streaming platforms which include: Amazon, Apple, Hulu, DirecTV, and VUDU. Making sure each asset is designed specifically for each platform from the outset saves headaches during important release campaigns and ensures that the artwork looks professional and attractive. 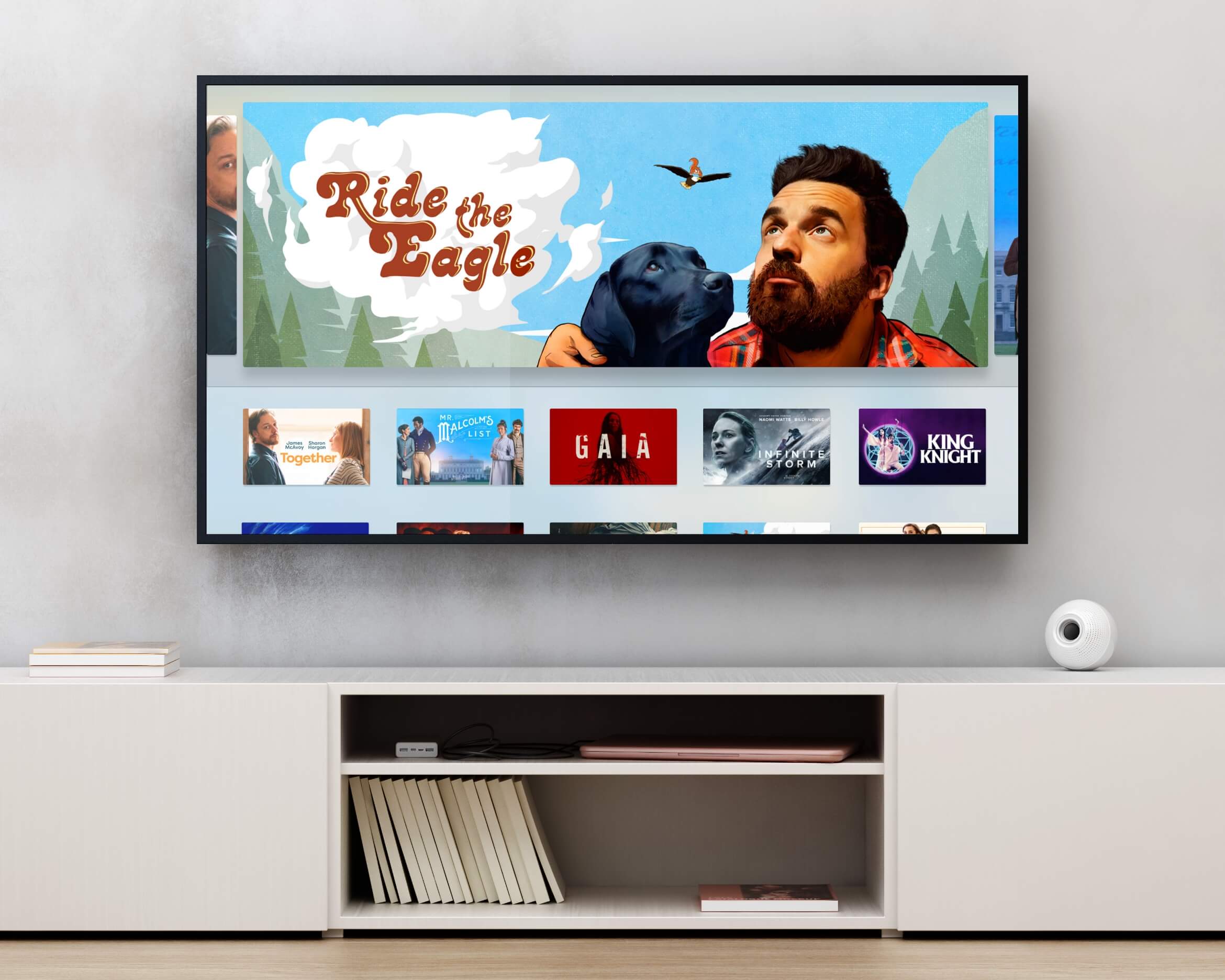 We love film at Pixel Parlor. And we are proud to work with an innovative distributor like Decal who is releasing exciting titles to streaming platforms and retail shelves worldwide. When we do our job well, more people are discovering more great films because artwork caught their eye and captured their attention amidst a flurry of options in a world of scrolling and seemingly infinite options. As artists ourselves, it’s our pleasure to partner with Decal to help the vision of filmmakers reach more people with thought-provoking and inspiring art.

We enjoy taking on smaller projects that then become larger initiatives. There’s no project too big or too small for us. We’d love to hear what you have cooking.

Reach out to start the conversation about your next big idea!

Questions? We can help you find what you’re looking for.

Please include your resume and link to your online portfolio.